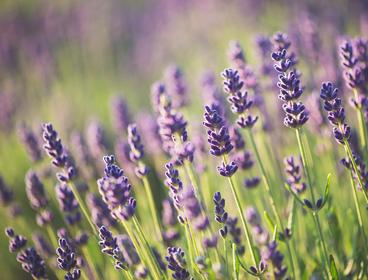 Dr. Carter, I would like to share my Mother's testimony of being a Hydrogenized Water and Super Lutein believer! Last year around November-December, my mother was told she had cataracts and was scheduled for surgery in March 2017. She was also told that she needed a certain dosage of synthroid (thyroid medication) to help her maintain her energy. However, in January 2017, my mother began taking Super Lutein and drinking Hydrogenized Water and noticed a visible improvement in her energy only weeks after she began and had her synthroid medication dosage lowered to the minimum dosage in late March. Her Dr. informed her that her cataracts had "cleared up for some reason and she would no longer require surgery or bifocals. She only wears her glasses for distance. She is a believer! WE ALL are! Thanks So Much,M. H.


D. F.-- I was introduced to Hydrogen Water about a year ago, after reading Dr.Carters book on the Hydrogen Atom and what it does for us and how it can rebuild our Bodies I had some knowledge of what it could do. Then in November of 2016 we found out our second Son had Colin Cancer and it had spread to his Liver the Doctors did not give him much hope. I started him on Hydrogen Water three to four a day before he had any treatment, after the colon surgery the Doctors could not believe how quick he healed. He told the Doctor he was drinking the water and she said drink all you want; with a lot of prayer and hydrogen water and treatment from the Doctors the tumors had shrunk greater than 50%.  The Doctors are amazed He looks very healthy and doing very well. Thanks to Dr Carter a very good friend for sharing with us about Hydrogen Water, I believe Everyone should read Dr carters book on Hydrogen

L. D.--I took proton pump inhibitors for acid reflux for more ten years. Reports linking these inhibitors to dementia along with otherdisorders, prompted me to discontinue their use. When I heard that Izumio Hydrogenized Water might help with acid reflux, I decided to give it a try. After drinking one packet, I could feel some relief! I continue to use Izumio Hydrogenized Water to control acid reflux. It works for me!

S. M. Return of prostate cancer after robotic prostatectomy five years previously; prognosis of future health by oncologist offered a possibility of maybe three years to live even with Chemotherapy offered at 10,000 dollars per month; not accepted.  Started on Izumio Hydrogenized Water and Super Lutein aggressively and three to four months later the PSA dropped remarkably and the arthritis disappeared with the ability to urinate freely returning to normal and more.

E. C. When you understand how the body is able to heal itself with proper nutrition, exercise, use of great antioxidants and positive thinking/energy then you are on a path to possible restoration of health; if you are already healthy practice preventative measures.

In a language that you can understand